Class II problems represent an abnormal bite relationship in which the upper jaw and teeth are located in front of the lower jaw and teeth. Class II patients usually exhibit a convex facial profile with a recessed chin. In most cases, this relationship is due to inherited characteristics. A skeletal Class II problem occurs when the upper back molars are forward of the lower back molars. This gives the patient the appearance of having a recessed lower jaw, a protruding upper jaw, or both.

Pseudo Class III, particularly in younger patients, is a function of habit rather than hereditary factors. A misaligned bite may cause the lower teeth to bite forward of the upper teeth, giving the appearance of a Class III. Interceptive treatment is imperative to prevent abnormal growth of both the upper and lower jaws.

Crowding of the teeth is probably the most common orthodontic problem. Although many factors contribute to dental crowding, this problem typically stems from a discrepancy between the space in each jaw and the size of the teeth.

Spaces between teeth are another common problem associated with the need for orthodontic care. Like crowding, spacing may be related to a tooth-to-jaw size disharmony. Spacing may occur between the front and the back teeth. Tooth size discrepancies, such as smaller teeth or abnormally shaped teeth, can also create abnormal spacing.

Also known as an overbite, a deep bite is excessive vertical overlapping of the front teeth and is generally found in association with a discrepancy between the length of the upper and lower jaws. It usually results in excessive eruption of the upper or lower incisors, or both.

Also known as a gummy smile, this orthodontic problem gives the appearance of excessive exposed gums on the upper arch. There are several treatment options for this problem.

A posterior crossbite will usually result from a narrow upper jaw or abnormally wide lower jaw. A narrow upper jaw will often force a patient to move the lower jaw forward or to the side when closing into a stable bite. When closed into this accommodating position, the lower teeth are located outside the upper teeth. A posterior crossbite can involve one side of the jaw, known as a unilateral crossbite, or both sides of the jaw, known as a bilateral crossbite. Crossbites need to be treated as early as 5 years old! 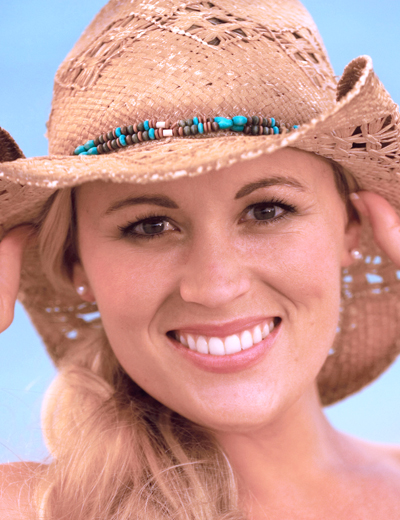 I brought my children to see Dr Roncone and they actually left saying they loved that place. We just went to the initial consult and added spacers to both children in preparation for getting the extenders however the time Dr. Roncone spent with us was priceless.

I loved Dr. Roncone and all the staff there. They treat you with immense care and make sure you are aware of everything going on and what's happening next and what the end product will be. They want to make their patients happy.

Having two children drastically needing orthodontic work I began researching for a doctor in our area and was very pleased to find Dr. Roncone. He and his staff are educated and make the children feel comfortable with their friendly personalities.

The staff is incredibly friendly, enthusiastic, and professional. I enjoyed each visit with them and marveled at the extensive office. Dr Roncone was extremely knowledgeable and thoroughly explained my treatment to me in terms that I could understand.

I had a wonderful experience with Dr. Roncone. He is a brilliant and gifted orthodontist and treated me with the utmost care. His staff is professional and fun at the same time, and I love my Roncone smile!